The “mid-life crisis” is often the focus of jokes and derision, but results of psychological research contradict the popular notion that mid-life crisis results from emotional instability. While inward turmoil and self-examination may be marked by external manifestations such as increased physical and mental fatigue, some depression and social withdrawal or alternatively by a sometimes surprisingly “experimental” approach to life, there is much which suggests that suggests that mid-life change is a rational response to dissatisfaction and unmet needs by well-adjusted people.

Most people interested in career development no longer presume a straight-forward progression in one job through to retirement and this has led some career development theorists to suggested that it would be valuable take into account and include a stage which psychologists Murphy and Burck (1976) call Renewal, which is characterized by the re-evaluation of one’s self-concept and a re-adjustment or re-establishment of career goals at mid-life. Their research by shows that mid-life career change can be associated with predictable life-span development changes and events. . Psychological changes such as decreased positive self-concept may stem from these social and work related changes. Many mid-life career changers express the feeling that they “drifted” into their first occupation or were pressured by family and that the occupation either never did, or as a result of personal changes, does not currently express their values and beliefs or offer a sufficient outlet or expression of their potential. This transitional stage of Renewal is typically indicated by marker events which include the departure of children, career peak or plateau, outdating of professional skill sets, or new responsibility for aging parents as some expectable motivators. This de-stabilization of their life trajectory leads many men and women to “awaken” at mid-life, and feel a desire to engage in healthy “stock taking” which relates their real world achievements and expressed values to earlier goals.

They find themselves questioning the meaning of life and re-examining personal values and this greater attentiveness to inner concerns may inspire a desire to transfer energy towards a more satisfying investment of the time remaining in life. The positive personal demands of mid-life include a need to determine one’s own milestones, to become active again in controlling ones future, and the acceptance of, and adjustment to, growing limits and a decreasing energy level. This re-evaluation of values and motives forges a new or revised self-concept which may produce a disparity between employment and personal aspirations which did not exist previously. This stock taking often inspires an age-appropriate reappraisal of career commitment and choice. New career options are sought which can integrate of the complexities of one’s mature personality and which can provide a modification of life structure which takes into account the changed reality of life. While some people simply disinvestment from career in favor of relationships or outside interests and activities, others choose to re-invest in a career which reflects their deeply held values. Research which examines similarities and differences between men and women suggests that women who have made early choices in favor of professional careers experience similar concerns as men at mid-life regarding a desire to reinvest their energy in intimate relationships. Conversely, women who had made early career choices based on the needs of intimate relationships voiced fears and desires related to undeveloped aspects of their selves.

The well-known psychological theorist, Carl Jung, once proposed that the successful resolution of a mid-life crisis turned an individual either towards “Spirituality” or towards “Vocation.” These two directions have much in common since both mature spirituality and Vocation offer opportunities to manifest deeply held convictions, values and even innate talents. Most of what is written about the idea of Vocation in the sense of “a calling” to a career is written about religious Vocation, but I believe that what is written has some relevance to all powerfully felt attractions to careers especially at mid life. Luigi Rulla (1971), writing about religious vocation, argues that the salient difference between career and Vocation lies in the fact that career is the expression of self-concept-in situation, but that Vocation is the expression of the self-ideal. He argues that Vocation has much more to do with expression of values than career does. It is perfectly possible to pursue a career which is well suited to your abilities and to the potential of the environment but which does not strongly emphasize personal values. Vocational callings have the characteristic requirement that the personal values of the aspirant be coherent with those of the domain or the institution. Rulla proposes that the ability and skills which an individual brings to their vocation are “surface attributes” that can be modified to a significant degree as the aspirant strives to express deep values.

This idea provides a comforting antidote to the fear that it is “too late”, or that one is “too old” to learn or adjust. The need to make one’s life work congruent with important values seems to be, for some people, a powerful motivating force which may lead a vocational aspirant to make many personal sacrifices and over-ride normal considerations of stability, prestige, status and remuneration. Central to the mid-life experience of Vocation is the fact that the individual proposes the change to themselves and brings to it an adult sensibility, confidence based in their real-world skills and accomplishments… and hopefully an emotional support network of friends and family. There is often a spiritual or quasi-spiritual dedication to their task which feels fulfilling, revitalizing and empowering and inspires those around them. What might be considered the “blessing of mid-life crisis” is that the new, self-chosen career direction is felt, when all is said and done, to be the expression and mature blossoming of “Self.” 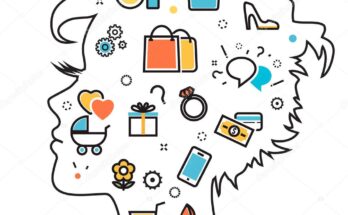 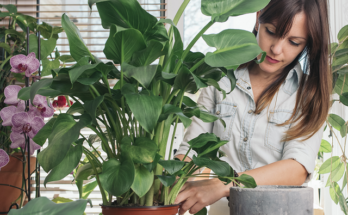 No Less of a Woman

How are you able to look for the perfect perfume?