Bullying is not a new phenomenon, it has been around since the beginning of time and is best described in the Oxford Dictionary as: Coercing another person by fear, persecuting or oppressing by threat or force. However, with human rights and various advanced levels in civilization throughout time, consciousness was aroused to discourage bullying behavior that historically existed. Bullying takes different forms and occurs in different venues. The home and family are the foremost bullying places, where seniors, women and children are most at risk. This is generally never publicized unless some type of negative behavior takes place to inform the public about what occurred behind closed doors. Work place bullying is another common arena where many employers do not have laws to protect against this type of activity. Bullying is most visible with terrible consequences for the person being bullied among young people in colleges, teenagers in high schools, pre teens and even infants. Learn more on Saying NO to Bullying!

Saying NO to Bullying: Cyberspace Bullying

In previous decades bullying was considered as age appropriate by many authority figures, such as teachers, parents and police. Victims who complained were told to stay away from places where they were bullied, and to avoid people who did this to them. A good punch-out in the playground seemed to solve the problem in the past. By leaving an area, and going home to safety, bullying was put on hold for the bully and the person being bullied. Unfortunately, with the creation of the internet, and social media, this is no longer the case. Bullying has taken on new meaning. It can be broadcast to hundreds of people with the flick of a finger. Bullying is now a classic crowd activity that takes place in cyberspace or public spaces. The people who suffer most are vulnerable youth, as their formative years are not yet grounded in methods to fight back through legal means. Their anxiety levels rise as taunting is done on the internet, outside of school grounds or in parks where they are lured by other teens to carry out some type of physical beating, or even killing. Pictures are taken to show off the bullying, then broadcast to the world using our new technology.

Bullying is a serious matter and speaks to a trend in society that is quite horrific. What can we do about it? Whether your family member is being bullied or not, this is a societal problem that calls on communities to be aware and take action when bullying is reported. With bullying no way as a slogan introduced in every school, college, workplace and in all public spaces, parents and children can be made aware of this dilemma.

Saying NO to Bullying: How to Spot a Bully

There are no concrete definitions for a bully. What seems to be prevalent in all bullies, is that they need an audience to show off their power. So the personality type that bullies is often a loud mouth and a person who enjoys constant attention. This individual belongs to a group of their peers that will lie or excuse bad behavior towards others, because they enjoy being in a special clique. There may be one leader to begin with, but when the culture of oppression takes over, all members often participate in persecuting the target being bullied. Being on the alert for this kind of group, often described as “best friends forever”(bff) is important in identifying bullies who rarely work independently, they need to impress when they bully.

Saying NO to Bullying: Parents Be Pro-Active

There is a great deal of information on the internet about anti-bullying. Parents need to be aware of their children’s behaviour. If a child’s personality begins to change, or they are reluctant to leave the home, and begin to have failing grades, a problem exists. Parents need to communicate with their children, find out what the problem is, if it is bullying, immediate steps need to be taken. Find out who the perpetrators are, take the matter to the police and school. Schools have been known to be negligent, so parents have to be pro-active to protect their children. In the cases where social media affect children, parents should monitor cell phones and have the internet suspended for awhile in their home. It may sound drastic, but could save your child’s life. 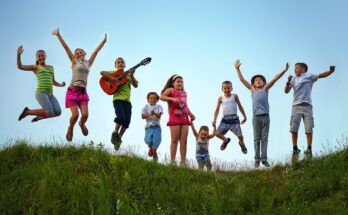 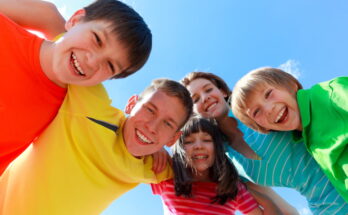