It is fair to say that sapphire engagement rings whose stones originate from Kashmir set the standard by which all other blue coloured sapphire engagement rings are evaluated. Kashmir sapphires are very expensive and very rare. They are known for their profoundly deep blue colour and ‘velvety’ or ‘sleepy’ transparency. Such an interior shade is a product of silk deposits present in the gem’s formation process. These gems of the north-western region of the Indian subcontinent are known for their significant colour zoning as well.

Historically, sapphires from Kashmir originated in outcrops in the high walls of the Kudi Valley in the Zanskar range of the Himalayas (northern India). The region is characterised by its very remote setting and particularly harsh climate. Although the mines of the Kudi Valley have been known for their ‘cornflower’ blue stones, on occasion pink sapphires can be found, too.

Sapphire engagement rings started to be sourced from Kashmir after the gems were discovered when a landslide revealed the presence of large blue crystals. Locals collected and traded the stones, spurring a thriving jewellery economy for the region. As the stones passed through the various stages of the supply chain, their value in the marketplace increased exponentially.

From 1882-87, the site of the landslide was mined comprehensively, at least during the summer months. According to local admirers, it produced crystals ‘as large as an eggplant’ and ‘bigger than a polo or croquet ball’. By 1887 or 1888, the mine was depleted. For this reason, sapphire engagement rings sourced from Kashmir are hard to come by these days. However, when they do enter the market place, they typically exhibit wonderfully brilliant shades that can range from royal to navy. Their colour and rarity drives up their value in today’s market.

One critical thing to note about finding these gems today is that Kashmir is an intensely unstable region. Sitting on the border between India and Pakistan, the area has been violently contested between the two South Asian nations since British imperial rule ended in 1947. Because of this, buyers demanding ethically sourced jewellery should do extensive research on sapphire engagement rings originating from Kashmir. Trustworthy jewellers will always have certificates of origin for every piece of jewellery they sell, so buyers should certainly ask to see such documentation prior to making a purchase. If it can be provided, the velvety blue stones of the Indian subcontinent truly are among the world’s greatest treasures. 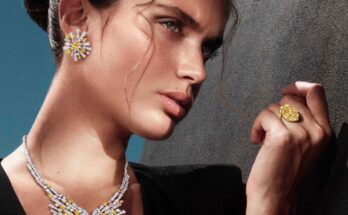 How are you able to look for the perfect perfume?